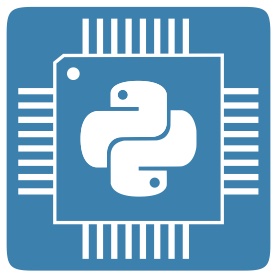 When it comes to penetration testing or just a simple analysis the network scanner is one major tool for analyzing which hosts are available on the local network. Today there exist lots of tools, but depending on what you want to do it is a good idea to write your own analysis and penetration testing tools.

In this case we start with a simple network scanner, which lists the available hosts on your network. To get this done there are two (basically some more, but we stick to the two simplest ones) possibilities:

This is well known by using the ping command. An ICMP packet is sent to the specified (by IP address) host and if an ICMP echo is received, it is clear that the host is online. This can be used as a network scanner by just trying all available IP addresses. Enabling multi-threading delivers great performance improvements. I do not want to go into further detail here because this can be realized programmatically simple:

That's basically it. Iterate through all available IP addresses ping them and check the reply.

This relies on the assumption that network devices have ICMP enabled. Personal firewalls or general firewalls are often set to so called "stealth mode" which means they do not react to ICMP echo requests. In this case no echo is received and it looks like the host is down.

To overcome this, the TCP scan can help. This relies on the assumption that hosts on the network have open ports where a client can connect to (see 3-Way-Handshake). Here we have to guess ports which may be open. This is mainly dependent on the OS but also on the settings. It is likely that some ports are open but not guaranteed. The following ports may be open dependent on the operating systems:

When now writing a network scanner we can iterate over all the possible IP addresses on the network and for every IP we try to connect to one of the ports. If the connection is successful (ACK received) we know that this host is available at the given IP address.

To check whether a connection succeeds or fails we can do the following in Python:

socket_obj.connect_ex((addr,port)) returns 0 if the connection succeeds, otherwise it delivers an error indicator.

This is basically all the "magic" behind a network scanner.

The provided network scanner can simply be used by the following command:

hosttypes are the above mentioned systems which have different default ports opened, use: windows, linux, mac, aios, unspec